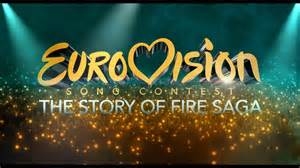 Netflix’s “Eurovision Song Contest: The Story of Fire Saga” was co-written by Will Ferrell and directed by David Dobkin and is based around the real-life international Eurovision Song Contest. The comedy follows Lars Erickssong (Ferrell), who, as a young boy, becomes obsessed with winning Eurovision. To achieve his goal Lars joins forces with childhood best friend, Sigrit Ericksdottir (Rachel McAdams), and together they before Fire Saga.
Thanks to some luck, and perhaps a little help from the elves Sigrit believes in, Fire Saga gets to represent Iceland at Eurovision2020 in Edinburgh. At Eurovision, Lars and Sigrit meet other international acts, including Russian performer Alexander Lemtov (Dan Stevens) who quickly takes a liking to Sigrit. Meanwhile, Lars catches the eye of Greek contestant Mita Xenakis (Melissanthi Mahut).
Although it seems their dreams are about to come true, Lars and Sigrit will have to battle their feeling as well as Lars’ insecurity from his father Erick’s (Pierce Brosnan) criticisms. The pair stumble through their semi-finals performance, public votes help catapult Fire Saga into the finals where anything can happen. 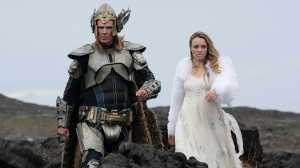 For the most part, I enjoyed the Eurovision Song Contest. If you’ve ever watched Eurovision (especially in the last 10-15 years) then you know the contest was tailor-made for a Will Ferrell film. The crazy costumes, personalities and wide range of musical selections work will with Ferrel’s trademark brand of humor. Unfortunately, is you’ve never seen or heard of Eurovision, then this entire film will fall flat for you.
Still, it’s the music in “Eurovision Song Contest: The Story of Fire Saga” which is the film’s biggest asset. Even the opening song in which Lars is dressed like Thor is funny but still damn good. Later in the movie, Rachel McAdams sings a solo and its great. Okay, so Mcadams didn’t do her singing for the film, Swedish singer and Junior Eurovision Song Contest performer Molly Sandén did all of Sigrit’s singing. But that doesn’t take anything away from the quality of the original songs from Icelandic composer Atli Örvarsson.
Another thing I liked about “Eurovision Song Contest: The Story of Fire Saga” was the music video-style performance featuring previous Eurovision singers and winners. It’s a great showcase for a bunch of talented singers most people in the States probably haven’t’ heard of. Hopefully, this performance will get new people into Eurovision which hopefully will return to normal next year. 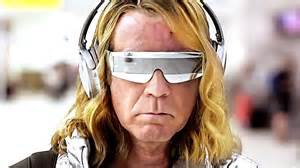 As far as the cast goes, I thought Rachel McAdams and Will Ferrell had some nice chemistry. The two actors play well off each other, making for a solid comedic duo. But if I had to choose a favorite out of the two, it would be Rachel McAdams as Sigrit.  It was touching the way she cared for and often defended Lars from the constant taunts their neighbors give him. I also liked her devotion to the Icelandic elves, a running gag that had a surprisingly effective payoff.
Will Ferrell has some nice moments too, like when he finally spills his guts to his father and when he meets a group of American tourists. However, his obsession with winning Eurovision also leads to some of the movie’s worst moments. Some of Ferrell’s jokes on the subject don’t land as well as they should, and this leads to some awkward moments between characters.
One big complaint I have about “Eurovision Song Contest: The Story of Fire Saga” is the criminally short screentime for Pierce Brosnan as Lars’ father. Don’t get me wrong, I liked what little we saw of him, but with so little time spent on him, it was difficult to understand why he hated Lars’ dreams so much. I can’t help but feel that something was left of the cutting room floor because you don’t cast Pierce Brosnan only to barely feature him. 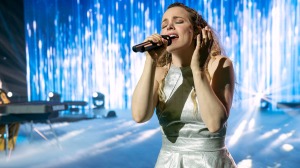